I’ve been super busy trying to get a few of my 30 Before 30 items crossed off this month. I’ll have July’s Progress Report for you in the next couple of days, which will outline what I’ve managed to get done, so before I compile that post, I wanted to tell you about another one that completed.

This one may be seen as a bit of a cheat, simply because I didn’t call it at the time. But these are my rules (as I think I’ve said before), so I get to decide what counts and what doesn’t.

Number ten on my list is Get further than C in Alphabet Weekends. Years ago (we started in 2007), my friends and I – Team VAJJ – decided to start doing Alphabet Weekends. It was an idea that we had read about in a book; a different activity beginning with each letter of the alphabet. We started with the best of intentions; A for Alton Towers, B for Band, C for Creek Day. Then D never happened. It kind of did, but there were no photos to prove it did, and one of the rules is that there has to be photos.

Recently, on planning a weekend get together, we were discussing Alphabet Weekends, and trying to work out what we could do for D. After some deliberation, we decided that we could designate our recent fancy dress disco as D, and move on to E. It’s not ideal, to do it retroactively, but we have stalled quite considerably, and we need to move on. As there are lots of awesome photos of the 80s Disco party, I’m more than happy to count it as D, and move on to E. We had some halfhearted plans for an E recently, but it didn’t happen. We’re now hoping to get it done in October, which will actually still be before my birthday, so it would count as number ten even if I wasn’t planning to use this. Which I am, so it’s a moot point. As I said: my game, my rules.

I am planning to do a post for A, B and C at some point. If for no other reason than to show you all how truly cool I am, by blogging about the wonder that was Creek Day. E is hopefully going to be an Enid Blyton-inspired weekend, so if you have any tips, be sure to let me know. 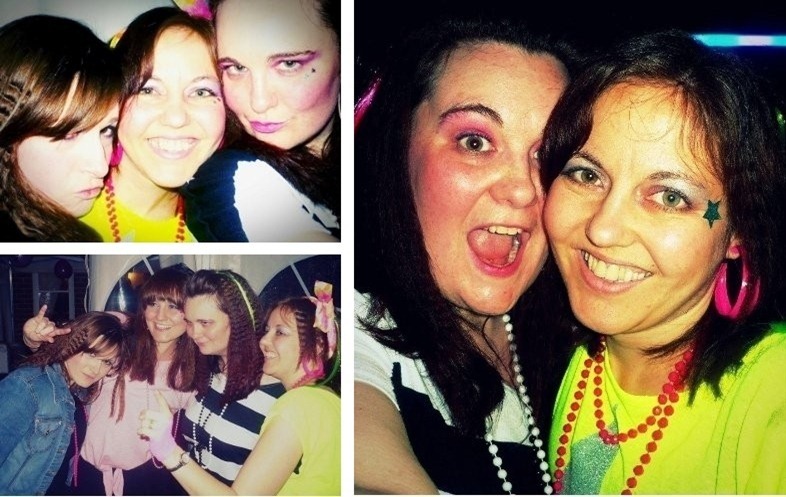 10. Get further than C in Alphabet Weekends