This last weekend I went to stay in a caravan for the weekend with my besties. Anna is lucky enough to have a static caravan in the family, and we actually managed to arrange a whole weekend when we were all free. This doesn’t happen very often, so it’s to be celebrated whenever it does!

As it was, the Team VAJJ weekend that was planned was actually only a Team VAJ weekend for the first half. My friend Jen had an issue that saw her in A&E on Friday night, and she was only able to join us on Saturday evening. But we had a great time; mostly these weekends involve a ridiculous amount of the following: laughing, tea-drinking and talking. I think I may have said it before, but talking is totally one of my favourite hobbies. Especially when it involves my good friends. On Friday night we decided to go to bed at about 1am, so we set about getting our pyjamas on, washing our faces and cleaning our teeth. Caravans of course, are tiny, so while Vicky was cleaning her teeth I was on my bed and we were chatting about books. Anna, by this time having said goodnight and gone into her own room, heard me say her name and came out and sat on my bed to join in with the chat. Three hours later we decided that the chatting would probably have to stop and we’d have to go to bed. I can’t honestly tell you what we were talking about, but we had a lot of fun doing it!

Camber is really close to Hastings, and that’s where we headed on Saturday for some lunch and a bit of pottering around.

On Sunday, thanks to the joys of trying to travel by train on a Sunday, we decided to head to Brighton to allow Vicky to hop on a train from there, and also to allow me to tick off another item from my 30 Before 30 list. The weather wasn’t great, and we didn’t have a great deal of time to spend there, but I loved it and I want to go back in the summer! And it’s so nice, with three weeks to go before my deadline, to tick another item off. 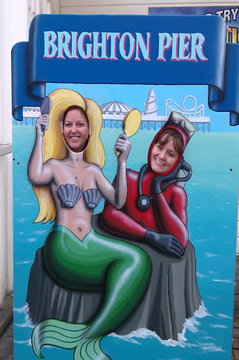 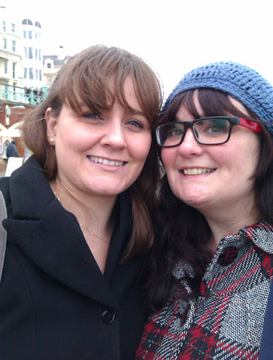 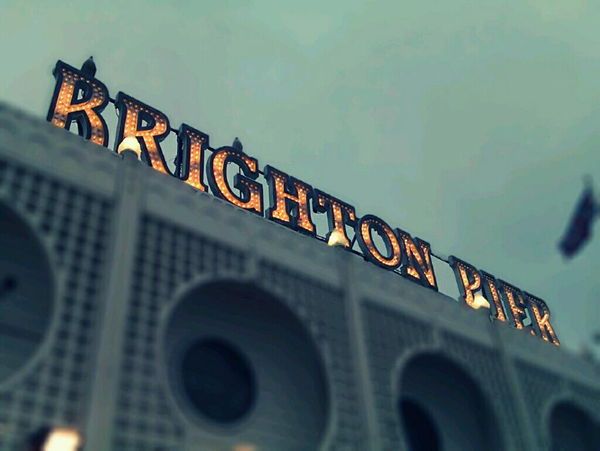 My photos aren’t great for a number of reasons. The weather was terrible, so it was kind of hard to stop and take photos, and then my battery died. I’m thankful that I now have a phone that I can use for photos, because the quality is such a major improvement on my old phone. I would still prefer to use my actual camera, because I have a lot more control than I do with my phone. I was also using my film camera, but I haven’t finished the film yet, so I won’t be able to show you the photos from that until I have sent it off and got it back. I’m planning a blog post soon on my limited photography skills and what I use to achieve the mediocre results that you often see on this here blog.

Anyway, so that’s another item crossed off. I’m up to six now!

2 thoughts on “Caravan of Love”